There are only two people in the whole world who could stand higher on the podium than Franschhoeker Rodney Cornelissen when medals were awarded for the K1 u71kg category at the World Kickboxing Championships in November 2017.

In the October we reported that Rodney had been selected for the South African Proteas team to compete in the WAKO (World Association of Kickboxing Organisations) Championships in Budapest. Well, he went; he fought; and came home with a bronze medal. Pleased as punch, Rodney smiles and says at least in the semi-finals he lost to Gielala Adam from Poland who went on to win the gold medal. Adam’s strong point? He is tall and has a long reach which found Rodney’s face before Rodney could make contact with him, “But I know how to get him next time!”

It was a wonderful experience for the SA team and the young Franschhoeker – a first time in Europe, mixing with other nationalities, fighting with opponents who have a different style and communicating about familiar things with people who speak an unfamiliar language. It was also tough to fight three rounds in short succession and being battered and bruised when going into the semi-finals. As Rodney puts it, “It means day four is a mental game.” He takes it in his stride; nerves gnaw until the first fight gets underway and he knows although it’s going to hurt, it will not kill him. After that training and discipline kick in.

Our medallist says he would not hesitate to do it all again, the physical and financial demands notwithstanding. International participation requires funding and donations for the Budapest trip via the sports club helped a lot but he had to find the balance himself. He took out a R25 000 loan at the bank and is now paying it back. He says, “You can’t expect things to fall into your lap, you must work for it.”

What’s next for Rodney? Apart from his day job and studies, he is working on a black belt grading, doing kickboxing clinics in outreach programmes and aiming to take part in the International Championships in Turkey in April. We will be watching and listening. 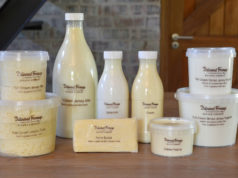 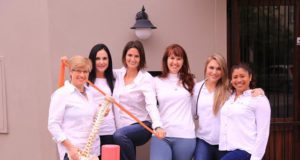 Celebrating 15 years of physiotherapy in Franschhoek