Responding to a request for information from the Tatler, Ashley Bauer – manager of the Franschhoek Ward of the Winelands Fire Protection Association (WFPA) – said that there have been 35 fires in the Franschhoek ward since the beginning of the fire season (Nov 2016 – Jan 2017).  “Two of the fires resulted from contractors doing hot work, i.e. grinding and welding. The rest have been unlawful ignitions, deliberately lighted fires and fireworks over the New Year,” he said.

One fire near Wemmershoek required the evacuation of the Voortrekker Campsite. Aerial resources were called in and, fortunately, there was no loss of life or property. This fire resulted from an unlawful ignition on a nearby wine farm.

Bauer is positive about the fire situation in the valley thus far. “Last year, by sharp contrast, we were dealing with 1 – 2 ignitions daily throughout December 2015 alone. So, there’s been a dramatic reduction.”

“We have had great success in the suppression of these fires with the WFPA member volunteer fire team”, Bauer continued. “I really have to commend the dedication of these individuals who spend hours on the fire lines in both suppression work and, more importantly, securing the lines to prevent re ignition. I also have to thank the Franschhoek community for their support – whether it’s in the form of sandwiches, energy drinks or prayers!”

According to Bauer vigilance and early notification has also played a part in the successes achieved this season as all fires are promptly reported on numerous WhatsApp groups. He however cautioned that seconds count and that veld fires should be reported to the Cape Winelands Fire Department’s control room on (021) 887 4446 before being posted to social media. 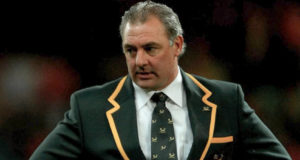