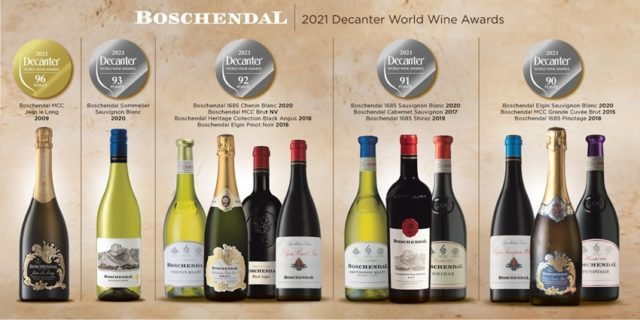 Boschendal Estate continues to take its award-winning reputation globally. Most recently it pocketed a Gold medal at the Decanter World Wine Awards in London for its coveted Jean le Long Prestige Cuvée Cap Classique 2009, which is rapidly garnering a reputation as one of South Africa’s most-awarded Cap Classique wines.

While the Jean le Long Cap Classique accrued a score of 96pts, 11 other diverse wines and wine-styles from the estate achieved ratings of 90pts or more at this wine show, regarded as one of the world’s most important.

This year the Decanter World Wine Awards were judged by over 170 expert international judges who scrutinised the 18 000 wines entered from 56 countries. Judging took place last month at Canary Wharf in London at the offices of Decanter magazine, with the awards announced last week.

Shirley van Wyk, Boschendal’s marketing manager, says this international recognition at the Decanter World Wine Awards is terrific commendation for the estate’s three winemakers who consistently produce a diverse range of wines across grape varietals and wine-styles. The Decanter accolades for Boschendal also come at a critical time for the South African wine industry.

“The past 15 months have changed the country’s wine industry irrevocably due to the harsh impact of the government’s banning the sale of alcohol for weeks at a time as part of its measures to curb Covid-19. Besides the devastating impact this has had on the wine industry due to the total loss of retail and on-trade sales, the situation has re-emphasised the importance of creating a larger presence for our premium wine offering in the international market-place. Major wine shows, such as the Decanter International Wine Awards, provide a high-profile platform for the South African industry to stand up and be counted, therefore the results achieved by Boschendal and the other Cape wineries at this year’s show are of tremendous importance,” says van Wyk.

Danielle Coetsee, Boschendal’s Cap Classique winemaker, says that being responsible for making the iconic Jean le Long is a privilege as her mandate is to simply make one of the world’s great Cap Classique wines.

“My brief is to be unwavering in creating a Cap Classique that honours the legacy of Boschendal as well as one that can compare with any Méthode Traditionelle wine in the world,” she says.

“Jean le Long is thus produced exclusively from Chardonnay grapes from high-altitude Elgin sites capable of providing fruit from which a base-wine of riveting acidity and layered complexity is made. The parcels of base-wine go through various selection processes before being bottled for secondary fermentation, spending a minimum of 60 months on the lees before disgorging. Another year on cork in the bottle allows further evolution both in terms of texture and flavour.” 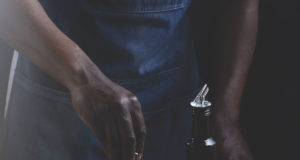 Siegfried Schäfer - 12th Jul 2021
As disheartening as it is to be facing a third wave of the global pandemic, South Africans can still come together around great pizza...