Dalewood Cheesery is perhaps not that big a business but they compete with the best and they score big. Regularly. At an understated celebration on the farm recently the owners Rob and Petrina Visser hosted some important people who handed over the latest awards. Big ones.

John Farrand, Managing Director of the Guild of Fine Food in the UK, not only praised the Dalewood cheese, he was rather pleased in having discovered Lynx Blanc de Noir (he likes pairing pink wine with cheese) and was on his way to try the Holden Manz Rosé. Kobus Mulder, International Cheese Judge, eloquently expounded on the national and international history of dairy product competitions and the significant achievement of Dalewood. Arno Theron, President of Jersey SA, commented on the superb quality of the Dalewood herd thanks to the hard work Rob puts in. He remarked that the cows were obviously content which must be one of the reasons the cheese was so good.

At the World Cheese Awards held in conjunction with the World Jersey Cheese Championships in London, over 3000 products were entered. The Dalewood Huguenot® came joint third in the world, and won the trophy for World Champion Jersey Cheese. That the Agri-Expo trophy for the Best South African Cheese was brought home by Dalewood was an added feather in their dairy cap.

At the gathering, the World Champion Jersey Cheese Trophy was handed to Lukas Mehlomakhulu (Herd Manager) and Dries Rossouw (Dalewood’s Agri-Manager) while the Super Gold Award for Huguenot and Gold Award for Boland was presented to Nellie Fischer (Dalewood Production Manager) and Jolette Wilmot (General Manager).

There were ready smiles from all when the trophies were presented and no necessity for the photographer to say “cheese!” 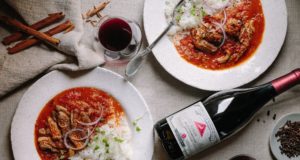 Siegfried Schäfer - 31st Jul 2020
With an impressive wine portfolio, the noblest in the Anthonij Rupert Wyne collection is the Cape of Good Hope range, which forms part of...