The Democratic Alliance (DA) is concerned by comments made by officials from the Department of Cooperative Governance and Traditional Affairs (COGTA) that the department does not support DA-led Stellenbosch Municipality’s efforts to provide desperately-needed rates relief to businesses and households negatively affected by the ANC lockdown crisis.

Officials in the department, which is led by Minister Nkosazana Dlamini-Zuma, made the comments on Friday during a parliamentary portfolio committee meeting.

COGTA’s chief director for municipal finance, Mbulelo Sigaba, said during the meeting that they “do not support the move” by Stellenbosch Municipality to offer a three-month payment holiday and rates relief to all residents who can prove that they are suffering as a result of the ANC lockdown crisis.

Sigaba and COGTA executive manager for municipal governance, Kevin Naidoo, defended the department’s opposition to Stellenbosch’s lockdown relief programme by claiming that it would create the impression that “people are not required to pay for services.”

Their comments came after both the ANC and EFF voted against the Covid-19 relief package put in place by Stellenbosch Municipality on 25 March, which was thus only enacted as a result of the DA majority in council. It also appears that these senior COGTA officials are under the misguided impression that the rates holiday offers blanket relief, when the reality is that relief is only granted to property owners who can prove that they have been negatively affected by the lockdown crisis.

Under this unprecedented relief package, DA-led Stellenbosch suspended the collection of property rates for businesses and households that apply and prove that they have been negatively impacted by the lockdown crisis.

The payment holiday imposes no interest or penalties, and will last until the end of June 2020. And instead of treating ratepayers like delinquents, the DA trusts residents enough to know that businesses and households who survive the lockdown crisis partly due to the relief offered by Stellenbosch Municipality, will resume diligently paying their bills when the relief period comes to an end.

The reality is that many DA-run municipalities, including Stellenbosch, are able to afford to offer relief to residents because they have responsibly managed public finances over many years. In contrast, decades of systematic looting by ANC-controlled municipalities means that there is simply no money left with which to support residents at their time of greatest need.

Rather than opposing relief instituted by well-run and caring DA governments like Stellenbosch Municipality, Dlamini-Zuma should instead instruct her department to probe the reasons why not a single ANC-run municipality across the entire South Africa is offering DA-style support and relief to suffering businesses and households at this time of profound crisis. 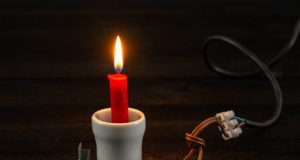 Siegfried Schäfer - 19th Feb 2021
At its council meeting on 27 January 2021 Stellenbosch Municipality gave the first step to possibly becoming the first municipality in the country to...