The tricolor was represented in flags and bunting around the village and festival goers donned red, white and blue berets. Cars filled the streets and guest houses did brisk business. When the weather permitted outdoor activity, the clunk of boules and the smell of pancakes filled the air. 6 189 ticket holders flocked to the Bastille marquee at the Huguenot Monument over the weekend. To the delight of the organisers, not one negative incident was reported at the marquee. Fashionable stemless wine glasses were given to all attendees as part of their package. Breakages were minimal, underscoring the wise choice of stemless glasses. Apparently stemmed glasses will however return for the Franschhoek Uncorked festival.

The annual Porcupine Ridge Barrel Rolling Competition, where the employees from various wine estates and industries challenge each other through a course set amongst bales of hay, proved as popular as ever. Marchelle Johnson and Keanu Rhode from the Franschhoek Wine Valley tourism office shared the R3 000 first prize, with the runners up from La Bri Estate in Franschhoek sharing R2 000.

There was also a donation to the charity beneficiary of the barrel rolling competition, The Franschhoek Lions Club, in the amount of R5 000. The prizes were generously donated by the Porcupine Ridge brand from the Boekenhoutskloof Winery and Michelin, the premium French tyre company.

As Reinher Behrens, CEO of Franschhoek Wine Valley said, “The DStv Franschhoek Bastille Festival is all about involving our local businesses and community, to showcase the best of what Franschhoek has to offer.” 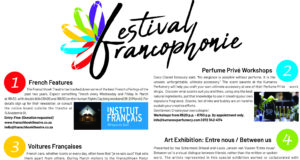 A Little Something French