News that the owner of erf 3476 (Die Eike) is planning a luxury retirement village on the property has not been welcomed by the property’s neighbours.

Bruce Gatland, GM of La Cotte Farm, says: “If this development were to be approved, it would have a marked detrimental effect on the value and enjoyment of our property … La Cotte Farm is regarded as of great cultural and historical importance … We have gone to great lengths and expense to preserve and restore the heritage aspects of the property. The applicant’s proposal is alarming and disappointing in its apparent total disregard for this heritage.”

These feelings were echoed by the Heritage Committee of the Franschhoek Heritage and Ratepayers Association, one of whose members – architect Larry Oltmanns – said: “All four of the alternative plans represent a suburban-style plan that relates neither to the grid of the village nor to the stand-alone buildings on agricultural plots. As such, it would be a gross and inappropriate imposition.”

According to the information available from the project environmental consultant’s website 47 single residential units and four group housing units with another 27 units are planned. These are to be set among vineyards and olive groves. The historic Cape Dutch manor house is proposed to be converted into a clubhouse for the development.  Access to the property is proposed to be gained via the existing entrance at the intersection of Akademie Street and Oak Lodge and a new entrance off an extension of Louis Botha Street. The property is currently zoned agricultural, although it does fall within the Franschhoek Urban Edge. Die Eike homestead also falls within the Franschhoek Heritage Overlay Zone – previously known as the ‘historic area’.

Heritage Western Cape required that both a Heritage Impact Assessment (HIA) and Visual Impact Assessment (VIA) be undertaken for the proposed development.  The VIA, by Antoinette Raimond Landscape Architectural Consulting, states that “it (the proposed development) does not seem to convincingly ‘protect important heritage buildings and precincts’. The visual impacts include a change from agricultural landscape to a residential development, visibility from sensitive areas & receptors, loss of visual link with heritage resources, loss of part of the Die Eike Precinct, loss of rural views and night light. The sensitivity in layout and design towards heritage buildings and precincts as well as the Franschhoek town character are key concerns within this development.”

The HIA for the neighbouring La Cotte Farm states that it “needs to secure an agricultural foreground… to the homestead and outbuildings including the mill”. Die Eike’s VIA refers to this by stating “Therefore development on Die Eike, especially within the northern boundary, will have to bear in mind the agricultural foreground essential to the La Cotte Precinct. Although this mainly pertains to what happens within the La Cotte property boundaries it is important that the Die Eike development is sympathetic to this requirement.”

According to the HIA “It is to be noted the owner is not intending to be the ultimate developer and is preparing the plans for the purpose of establishing a basket of rights to be sold on.”

The VIA, which was conducted in conjunction with the HIA, also states that “Ultimately, the assessment finds that the development proposal has not responded satisfactorily to all the heritage/visual concerns. Impacts in overall terms are expected to be Very High to Medium High. The socio-economic benefits do not provide sufficient mitigation. These impacts can in all likelihood, and, in most respects, be mitigated if the development design considerations included in the VIA and the heritage indicators are accommodated in a revised urban design/development proposal.” 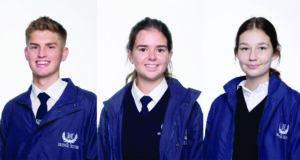