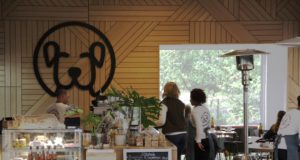 Where the big dogs are

Siegfried Schäfer - 1st Sep 2017
As I walk through the glass doors of the café on a wintry July morning, droplets pattering on the paved walkway, I feel as...