Martinus’s husband worked on the farm where they lived. His death meant to keep their accommodation on the farm, her son had to give up his own future plans and take his father’s place as a labourer on the farm.  When he left for work in the morning, his mother was left sitting on a chair in the living room – unable to do anything for herself – until his return after work.

Things changed for the better when Adam Lewis, Servest Site Manager at Bridge House School, came to hear about Martinus through his brother and approached the school to see whether the Bread Tags and Bottle Tops for a Wheelchair initiative could help. It could indeed and this led to Lewis and Bridge House’s Ronell Solomons delivering a much needed wheelchair to her on 28 November 2018.

Thobani, who has cerebral palsy, lives in Cloetesville with his mother, Portia Menze. Taking care of him is a full-time job, so she cannot go out to work.

At the clinic the Bridge House delegation met Menushka Buddhu (the occupational therapist for this region) and the clinic’s Sister Prinsloo, who made sure Thobani got the treatment he needed to ensure his joints don’t fuse – as sometimes happens with patients who spend very long periods in the same position.

Bridge House’s Mr Fuller summarised it succinctly when he stated that all it took to make a major difference in the lives of two very deserving people was for a lot of people to make a tiny effort to recycle plastic bottle tops and bread bag tags and drop them off at Bridge House. 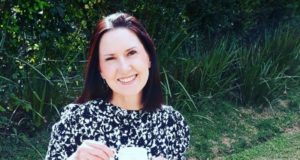 Siegfried Schäfer - 20th Apr 2020
As a leading, blood stem cell donor registry in Africa, The Sunflower Fund is dedicated to the fight against blood cancer and other blood...