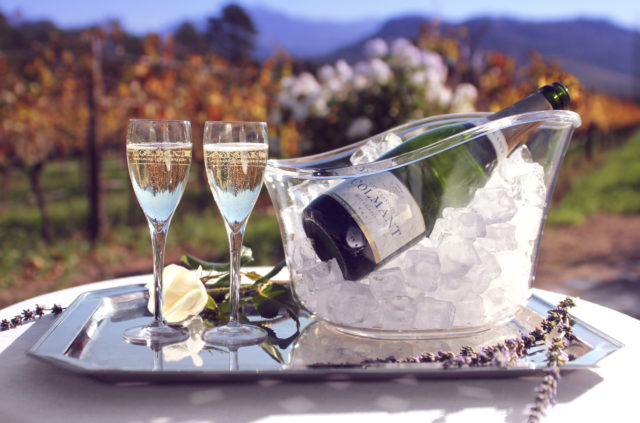 2006 was the year NASA launched its New Horizons space probe mission to Pluto. It was also the year in which conservationist Steve Irwin fatally tangled with a sting ray, violent protests were sparked by satirical cartoons published in a Danish publication and Google snapped up YouTube for $1.65 billion.

Meanwhile, in Franschhoek, Belgian couple Jean-Phillipe (JP) and Isabelle Colmant undertook the first harvest at the smallholding they relocated to in 2002.

“It was a big move … with five children!” the couple says. “Having owned a stone manufacturing business in Belgium for 12 years we felt the time had come to create something we could enjoy doing now and which would benefit our children in the future,” says JP.

The first order of business was planting vineyards. Then, in 2005, a wine cellar devoted solely to Méthode Cap Classique (MCC) production was built. The cellar is deliberately compact says JP, vowing to maintain limited capacity, “to ensure that the special touch in each bottle remains, no matter what!”

Spring 2008 saw the first ever release of Colmant Cap Classique.

Fitted with 16 stainless steel tanks the cellar affords JP flexibility in handling different grape parcels individually. A cool room accommodates up to 8 tons of freshly-harvested grapes, chilling them to 0°C overnight. The exposed-brick barrel room is maintained at optimum humidity and 14°C.

The maturation area has room for 200 000 bottles. It’s here that Colmant Cap Classique quietly develops character. Next door, the Colmant tasting room is casual but chic, with its stoep offering bucolic views of the valley.

The most important part of making a refined bubbly, JP believes, is blending. “It’s crucial to select the perfect blending components; each one adds an extra dimension to the final product. So we select grapes from different sites ensuring that we have sufficient components to work with to make a base wine with maximum complexity.”

The use of small portions of barrel fermented wine as well as reserve wines held back from previous vintages also feature in the pursuit of additional complexity and refinement.

While the first 2006 harvest matured in the cellar, JP recognised the need for an income stream. He took to importing Champagnes which he’d personally sought out from selected French producers: Tribaut, Mailly Grand Cru and Follet-Ramillon.

“We were surprised by the shortage of reasonably priced good French bubbly in South Africa,” the Champagne loving couple admits. “It dawned on us: we would call ourselves Colmant Cap Classique & Champagne and import and sell affordable, quality Champagne to fill the gap.”

Colmant’s philosophy is underpinned by three principles: Independence, restricting growth and expertise. “Quality is our sole guideline. We are committed to managing the entire production process and customer contact will remain under our full control at all times.”

When it comes to expertise, JP is not afraid to heed the advice of specialists. He pays tribute to the hospitality and collegiality of South African sparkling wine producers and friends – in particular South Africa’s ‘Mr Bubbles’, Pieter Ferreira, who has been a pillar of support and generous with his knowledge, along with French oenologist Nicolas Follet.

“One thing bubbly lovers understand is the concept of finesse,” JP maintains. “Planning and creating a brilliant bubbly takes passion, patience and no compromises. It’s a labour of love!”

A decade later knowledgeable MCC drinkers hope the labour of love will continue for decades to come. 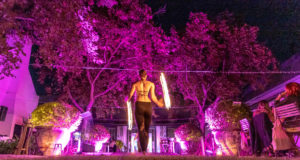 Siegfried Schäfer - 15th Apr 2020
On 7 March 2020, guests from all over, arrived in style on the Grande Provence red carpet, showcasing their glamourous sequins, satins and silks...