Franschhoek’s Kusasa Stars returned home on 26 July from a life-changing trip to the Gothia Cup 2018 in Sweden.

Emotional family reunions were the order of the day, while the boys’ schools also celebrated their efforts in Sweden.

The following day the team paraded triumphantly through Franschhoek on BuildIt’s open-back lorry with a huge soccer ball and were celebrated by residents and visitors alike as they arrived at Sacred Ground for a celebratory lunch. The Kusasa Stars were truly treated as returning heroes!

This year over 1700 teams from 78 different nations competed in the annual Gothia Cup –, the world’s biggest youth football tournament. For the boys from Franschhoek it was a wonderful ten days, filled with new experiences and memories they’ll cherish forever.

When planning for the trip started none of the boys had either passports or birth certificates and some had not even been to Cape Town. Now they have visited a foreign country for the first time and experienced a completely different culture. Best of all, they got to do so because of what they love to do – play football.

Tour organiser, UK-based George Frett, said: “The boys were great ambassadors for not only Franschhoek, but also for the whole of South Africa. At the start of one of their games they were asked to sing the national anthem; you could see them beaming with pride to also represent their country in this way.”

“The boys were taken into the hearts of the local people in Alingsas, Gothenburg. We left South Africa with 5 suitcases and returned with 55 thirty-kilo cases of donated football kit and children’s clothing for the boys’ families.”

The Kusasa Stars touring team were selected from local youths, not only for their football ability, but – more importantly – as a reward for working hard at school and promoting education in their community. The main aim of the project is to use football as a vehicle to open young people’s eyes to the wide range of opportunities that life can offer.

The organisers say that the project will continue over the next two years and that a new team of Kusasa Stars will be selected to play in the Gothia Cup 2019. In 2020 a girls’ team will follow in the boys’ footsteps.

The Kusasa Stars would like to thank the people of Franschhoek and their local sponsors for their wonderful support in affording them a truly transformative experience. “Without doubt this project is a life-changing experience for all involved and we hope that with future funding and a title sponsorship we can continue for several more,” concludes the tour organiser. 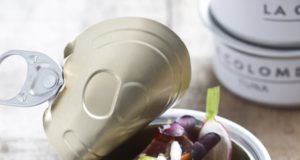 Siegfried Schäfer - 1st Jul 2017
As one era ends another commences.  With The Tasting Room at Le Quartier Français having closed recently La Petite Colombe will take its place...