Franschhoek residents reacted with horror when they saw that three magnificent wild fig trees at the Place Vendôme Lifestyle Centre in Main Rd had been cut down at the end of January.

Local resident, Cindy Douglas, in an email to the Tatler, expressed how many villagers felt: “I presume there is a really vitally important and life-threatening reason why these trees had to be cut down… I shed a tear as I drove past, I have photographs of my son in the tree as a little boy and we have spent many hours playing in the branches of these majestic trees.”

Nico Vorster and Kelly Pilkington – who own Good Food & Co in the centre – have, wrongly, been on the receiving end of locals’ ire. In their words: “We have received a number of questions from our guests regarding the removal of the trees that filled the courtyard behind us.  We would like to assure everyone that it was not our choice to have them removed.  Not only were they visually beautiful and provided a lovely green backdrop to GFC, their removal is also environmentally a loss.  Unfortunately the centre management had to take them out as their root system had, over the many years they’ve been there, become invasive and were affecting the foundations of the surrounding buildings.  We are sad to have lost our “friends” who formed such a part of the centre and would like to assure residents that we are in discussion with the management to re-green the area and make it visually more appealing.”

Centre management – Paarl-based Van der Sluys Group – did not respond to the Tatler’s enquiries as to whether other options had been considered, such as trenching and cutting off the problematic roots, or whether the permission of Stellenbosch Municipality had been obtained as is required for the removal of mature trees in the Conservation Zone of the village. 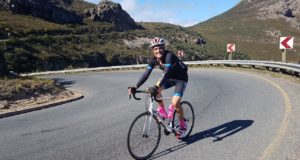