The Democratic Alliance (DA) announced on Monday, 28 June 2021, that “Stellenbosch Municipality, under the leadership of Executive Mayor Gesie van Deventer, her DA caucus and a team of capable administrators, has obtained a clean audit from the Auditor-General of South Africa for the 2019/2020 financial year.”

The DA said in its press release that “This outcome confirms that taxpayer money is honestly and transparently managed by the DA-led Stellenbosch Municipality. It illustrates what is possible when voters elect a DA government that does not tolerate cadre deployment and corruption, and instead appoints officials on the basis of merit and their ability to get things done.”

The release continues “what makes this audit outcome particularly remarkable is the fact that, when the Covid pandemic struck in early 2020, DA-led Stellenbosch implemented one of the most comprehensive financial relief packages of any municipality in South Africa. This encapsulates the DA difference: not only do we run the most honest and financially sustainable governments in South Africa, but we also use resources to benefit citizens rather than political cronies.”

DA Stellenbosch Constituency Head, Dr Leon Schreiber, added: “While ANC-led municipalities crumble, DA-led Stellenbosch has already set its sights even higher by becoming the first municipality in the country to begin eliminating load-shedding. With the support of voters during the October municipal elections, the DA in Stellenbosch Municipality is ready to get even more done in service of the people of this region.” 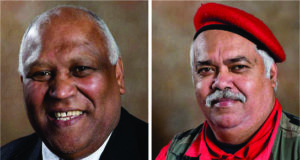