Franschhoek’s urban edge watchers will know that in 2013 the municipality slipped through an extension of the village’s northern and eastern urban boundaries. It took in an additional 59 ha comprising a great swathe of land from the Fransche Hoek Estate boundary with La Cotte to Mooiwater. Much of it is potentially prime development land and all of it is in the Non-urban Zone (NUZ) demarcated by Franschhoek’s 2003 Urban Edge Policy. This laid out guidelines for very limited development in the NUZ to preserve its primarily agricultural use and contain urban sprawl.

Just one resident attended a presentation of the 2013 extension in Franschhoek Town Hall. It is not known how it was publicised. A request by the Franschhoek Trust & Ratepayers Association (the Trust) for a further presentation was refused.

According to the 2013 Stellenbosch Municipal Spatial Development Framework (MSDF), this 59 ha is “to be promoted for mixed use, mixed income development including social and gap housing”. So far as is known, however, there are no plans or proposals in the pipeline for development of any part of it for this purpose. Delighted developers have, however, labelled it as Franschhoek’s “New Development Area” and last year Stellenbosch Municipality approved four upmarket houses on agricultural land fronting Uitkyk Street. Appeals to the recently established Municipal Appeals Tribunal by the Trust and local residents against this approval are pending.

The Council, says the draft 2017 MSDF (which is part of the 2017 Integrated Development Plan (IDP) (posted on the municipality’s website on 4th April and reported in the May Tatler) is now “reconsidering urban edges in general to include existing/approved urban developments within urban edges and to exclude those areas/future nodes where urban development has not yet occurred.”

Buried deep within the draft 2017 MSDF are plans to extend all the municipality’s urban edges. It is understood that Council will be asked to approve the draft IDP/MSDF and these urban edge extensions at its meeting on 31st May.

However, there has been no public presentation of the planned extension of Franschhoek’s urban edge.

Although the Trust had concerns about the lawfulness of the procedures by which the planned urban edge extensions were included in the draft IDP/MSDF, it did not object to those planned for La Motte or Wemmershoek. However, it objected to the planned extension of the southernmost portion of the Groot Drakenstein urban edge near the Boschendal Manor House as urban development there would detract from its magnificent rural setting.

`Two extensions of Franschhoek’s Urban Edge are planned. One takes in the area behind the Monument and “the circus ground”. The draft MSDF says there are “existing urban uses/low density development not agriculture” in this area and the “Future/Proposed Use” should be “Appropriate urban development (low density and institutional)”.

The other is entirely separated from Franschhoek.  The draft MSDF says there are “existing farms with major tourist facilities and accommodation establishments” in this area. It is to be a “Special development area for tourist attractions and related uses (similar to Spier)”.

In its objections the Trust pointed out that in the municipal Heritage Survey, the first area is of Exceptionally High Significance and the other is Very High Significance. The Trust also said that although there is some low density development in the first area its total footprint is very small in proportion to the whole. The logical eastern boundary of Franschhoek for urban use is Lambrechts Street.

The Trust was also concerned by the planned extension of Franschhoek’s urban edge to include the circus ground. It is, said the Trust, “very well used for recreational purposes by very many Franschhoek residents, and less affluent visitors, particularly those who do not have access to privately owned outside space or may be less well off. Why, it must be asked, is this land to be designated for “urban development”?”

The Trust pointed out that the draft IDP provides for a “Growth strategy and land use planning  . . . . [which] discourages sprawl” but the opening up of this area, it said, for urban development will encourage urban sprawl.

Regarding the planned inclusion of the second area in Franschhoek’s urban edge, the Trust said “It is inappropriate to include such a significant proposal in a plan showing urban edge changes when it will be entirely separate and distinct from Franschhoek and, presumably, subject to a completely different set of development regulations and guidelines.” It went on to say, “there needs to be much more detail as to what the consequences may be of designating such a large and sensitive area as a “Special development area for tourist attractions and related uses” before such a vague use description can be properly and responsibly be considered by the Trust – or Council.”

The Trust joined the Stellenbosch Interest Group and Friends of Stellenbosch Mountain in strongly objecting to the lawfulness of the procedure by which the plans for the extensions of all of the municipality’s urban edges may be adopted without effective public participation and asked that they be deleted from the 2017 IDP/MSDF.

Editor’s note: After the June Tatler went to print we learnt that these proposed changes were not included in the current IDP and will form part of the 2017/2018 IDP process. 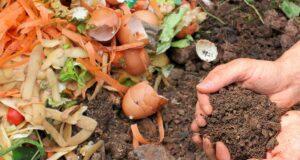 Siegfried Schäfer - 2nd Mar 2022
Local authorities have had headaches because of a lack of landfill space for several years. Stellenbosch Municipality currently transports its waste to a private...