“The opening of the Berg River Bridge is a remarkable event for Val de Vie Estate and is the first private bridge of this scale in South Africa. Drastically reducing the travelling time to Cape Town International Airport, the Mother City and Stellenbosch was the main drive behind the project which cost the development company over R100 million,” said Ryk Neethling, Val de Vie Estate Marketing Director and Shareholder.

The Berg River Bridge connects the estate with the R45 Simondium road via the new Berg River gatehouse, introducing travelling times of a mere 30 minutes to Cape Town International Airport and Cape Town, 18 minutes to Stellenbosch and 3 minutes to Paarl Main Road.

The road on either side of the new Berg River Bridge is 1,2 kilometres long, leading from the new Berg River gatehouse into the estate’s Phase 2 development that includes Val de Vie Evergreen, the largest retirement facility of its kind in South Africa.

The Berg River Bridge was designed by Boogertman + Partners Architects and initially constructed by NMC Construction. In January 2018 Umzali Civils took over the project as NMC Construction faced financial difficulties. 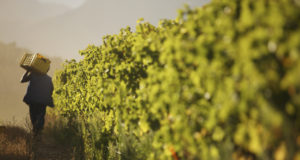 Siegfried Schäfer - 29th Jan 2021
Harvest time has arrived in the Cape Winelands and despite the Covid-induced fight for survival, the industry is excited about the promise and blessing...