The inaugural Franschhoek Street Mile will take place in November 2022, in this prestigious Cape Winelands village.  Located in South Africa’s Valley of Dreams, the village is positioning itself and its breath-taking surroundings as a centre of sporting excellence.

The route takes in the historic heart of the village, amongst others Huguenot Street with the iconic Huguenot Memorial at its terminus. The day’s slate of events will include a Men’s Invitational race that promises to attract the cream of South Africa’s mile talent, a Ladies Open race and a Sport Celebrity Race.

Favourable feedback has already been received from top trainers and former elite athletes, such as Johan Fourie and Elana Meyer about the Men’s and Ladies Races.  Confirmed entries in the Sport Celebrity Race will be announced in due course.

Runners will compete for the richest pot of all South Africa’s Street Miles. Equal prize money is offered for the Men’s Invitational and Ladies Open Races.

Franschhoek Athletics Club, an affiliate of Boland Athletics, has expressed its excitement to be part of the inaugural Franschhoek Street Mile. “We look forward to the event and to promote athletics to the local community and visitors alike.” They added.

The Franschhoek Street Mile is presented in association with Train Camp, which is building a FINA High Performance and Development Centre and sports campus at Franschhoek High School.

Conceived and organised by The Festival Factory, the event brings together experienced tourism and athletics event organisers. The éminence grise behind the event is former coach, mentor and Johannesburg Director of Sport, Danie Malan, who organised the 1996 All-Africa Games and led Johannesburg’s bid for the 2004 Olympic Games. “A Street Mile is an exciting and thrilling event that will be enjoyed by residents and guests alike and showcases the stamina, speed and strategy required from the athletes. I am thus honoured and grateful to play a guiding role in the inaugural street mile that will take place in Franschhoek in 2022,” he says.

Athletes and visitors alike will be able to enjoy the sophisticated ambience of the village during and after the event. After the race the Franschhoek Village Market, main road shops, galleries and restaurants will offer relaxing things to do and see.  A little up Huguenot Street the Huguenot Memorial and Museum complex is a must-see.  Wine lovers will be able to fit in a visit to a few of the valley’s eminent wineries.

Further news about event sponsors and participants will be shared in due course. 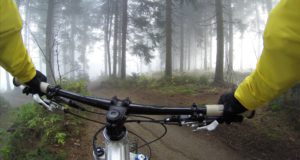 Siegfried Schäfer - 4th Jan 2021
You might be a weekend warrior or even a professional competitor – but whatever your fitness and training goals are for 2021, make sure...