When the Tatler learned that Franschhoek-based open water swimmer, Michelle Weber, qualified for the Olympic Games in Tokyo we just had to get in touch. We managed to have a coffee two days before she departed for Tokyo and were mightily impressed by the humble and determined athlete we met.

Michelle was born in Vereeniging and grew up in Umhlanga, KZN.  She learned to swim when she was eight years old.  When she was twelve years old she saw Michael Phelps win eight gold medals at the 2008 Beijing Olympics.  This ignited her dream to be an Olympic swimmer.

While competing in these world championships she was pulled out half-way through the race because her heart rate spiked to 240 bpm. She was diagnosed with Tachycardia – a mild heart condition – and successfully operated on a month later.

In 2012 Michelle made the transition from the pool to open water. She went on to win her first world title at the Junior World Championships in Canada that year.

Asked about training for the Olympics with so much uncertainty around them, she acknowledges that it was difficult to train not knowing when or even if the games would take place. Whatever the circumstances though she says “the Olympic Games, are still the Olympic Games!”

In an interesting coincidence Michelle won the 2016 Midmar Mile ladies race and went on to represent SA at the Rio Olympics. So when she won this year’s Midmar Mile, she was confident that she would qualify for the Tokyo Olympics!

Michelle has been coaching herself for the past five years and develops her own training sessions.  An average day will see her swim a distance of 14km – 16kms and spend around 7 hours training. Clearly this doesn’t leave much time for other things but, she says, when she does have some time off she likes spending it with her close-knit family. (She’s the second oldest of four siblings.)

We’re sure Michelle will do herself and SA proud in Tokyo and look forward to another coffee on her return.

Michelle has joined Fluidlines, the official distributor for Orca in South Africa, in their sponsored athlete circle. 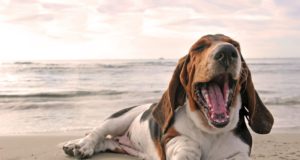 How to plan for your pets this festive season

Siegfried Schäfer - 30th Nov 2020
It’s hard to believe the festive season is mere weeks away! After the way 2020 turned out, you’d be forgiven for leaving your holiday...