A truck carrying a variety of agricultural chemicals caught fire on the Franschhoek Pass early on Monday, 5 September 2016.  The pass was closed while firefighters and hazmat teams dealt with the incident and was only reopened late on Tuesday, 6 September.  The chemicals were being transported from Paarl to the Grabouw and Villiersdorp areas.

According to Ashley Bauer of the Franschhoek Fire Protection Association the truck driver noticed smoke coming from one of the trailer’s wheels.  Following standard procedure for such an event, he parked the trailer and removed the horse from the scene.  Firefighters were called to the scene, but could not prevent the whole load of chemicals going up in flames, releasing poisonous fumes and causing a chemical spill as the chemicals’ containers melted. Water from the firefighting effort and heavy rain carried off the leaking chemicals that ran off the road surface, drained into the ground at the side of the road and flowed into nearby gullies.

The trucking company, which has to carry insurance against such events, called in Spill Tech – their insurer’s contracted hazmat response provider – to provide containment and clean-up services. Two temporary dams were constructed down slope from the accident scene to contain contaminated water. These are pumped empty daily and the contents analysed regularly.  The Tatler understands that this will continue until environmental authorities give the all clear.

A layer of contaminated soil at the side of the road has been removed.  Two weeks after the incident the area, however, still smelled of chemicals.

Concerned down-hill property owners are having independent soil and water tests performed.  Spill Tech indicated to an affected property owner that they are investigating the accuracy of the truck’s packing list, but would not release a copy of the packing list – saying it is not part of their mandate.  They did, however, state that the packing list did not mention chlorpyrifos, as has been rumoured, and that the load contained herbicides, pesticides and “flammable and corrosive substances.” In the absence of a packing list the independent tests are made more difficult as the labs don’t know exactly what they should be looking for, or what they can exclude from their tests.

At the time of going to press the Tatler had not received feedback from environmental authorities, but will publish a follow-up should important new information come to light. 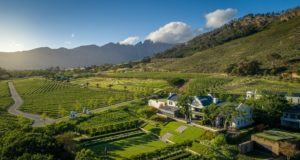