There’s nothing better than bubbly to toast a special moment; that satisfying ‘pop’ immediately signifies a joyous occasion or achievement. No doubt, Boschendal will be ‘popping’ its own Boschendal Grande Cuvée Brut 2013 to celebrate the vintage’s win of a sought-after gold at the 2017 International Wine and Spirit Competition (IWSC).

The estate’s acclaimed white wine and MCC maker, Lizelle Gerber, says the accolade means a great deal, “The IWSC is a renowned competition that sets the benchmark for premium vintages around the world so it’s a great honour to win this esteemed award.”

She says it has taken years to perfect the Grande Cuvée Brut 2013, which forms part of Boschendal’s world-class bottle fermented Méthode Cap Classique selection. The MCCs embody vibrancy and depth due to an intensive crafting process which begins already in the vineyard.

Crafted from classic varieties in the time honoured traditional method (Méthode Champenois),The MCCs have extended lees contact that results in a balanced, full and creamy mouth feel with elegant minerality and a seamless finish.

Boschendal’s MCC’s have also been receiving other accolades of late. Some of these include the Jean Le Long Prestige Cuvee 2007 which achieved Top 100 and Double Platinum status in the National Wine Challenge / Top 100 SA Wines, the premier fine-wine only event in SA in late April. The Jean Le Long Prestige Cuvèe Blanc de Blanc 2007, known as the “prestige cuvee” in Boschendal’s Méthode Cap Classique range, received Gold at the Old Mutual Trophy Wine Show earlier this year.

Staying on the gold streak, the Boschendal Brut NV was announced this week as having won Gold at the Six Nations Wine Challenge 2017. The Six Nations Wine Challenge is a Global Wine Events Platform delivering a rare & exclusive opportunity to all participating wine estates, media & partners by identifying, recognising & show-casing to both trade and consumers the very best of the best ‘NEW WORLD WINES’ & promoting their outstanding quality, diversity & richness annually. 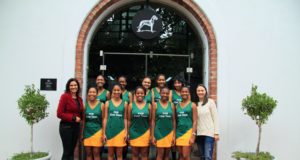