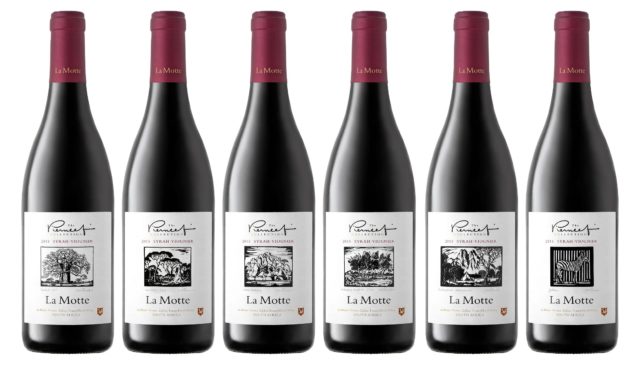 La Motte Wine Estate’s premium Pierneef Collection wines are lauded for their quality, versatility and consistency.  While plenty can be said about wines the estate’s use of artworks by SA master Jacob Hendrik Pierneef on the labels of these wines, makes for another interesting story.

The linocuts associated with the 2015 vintage of La Motte’s Pierneef Syrah Viognier are briefly discussed below.

The baobab is undoubtedly one of the most distinctive ‘Pierneef trees’. It was also the subject of a Pierneef oil painting, The Baobab Tree (1934), that until 2017 held the record price of R12 million. Quite probably this distinctive baobab tree grew in the Waterberg area of what is now Limpopo province. A notable feature of this linocut is the decorative pattern of the branches.

Pierneef travelled extensively. In 1923 and 1924 he undertook two journeys to South-West Africa (today’s Namibia).  During his Namibian journeys Pierneef created several works – mostly sketches – including a number featuring anthills. Anthills have characteristics that can be compared with mountains – another frequent Pierneef subject.

Pierneef had a strong interest in architecture. He remarked that Cape Dutch architecture was not truly South Africa and that huts – such as the ones in this linocut – built from stone, clay, reeds and grass were more suitable to the climate and topography of the country. Matalala / Matala / Matlalas (all the same place) is close to Polokwane in Limpopo province.

This linocut was created shortly after Pierneef’s journeys to Namibia in 1923 and 1924. Pierneef was not only an artist; he also enjoyed working with his hands – in a way he was also an engineer. He was interested in the functioning and assembly of machinery. Several of his works have mine-shafts, watermills and other machinery as their subject.

The decorative gables of Cape Dutch architecture suited Pierneef’s graphic work and use of line. Pierneef’s first journey to the Cape was in 1916 and his first solo exhibitions in the Cape, during 1921 and 1925, were held in Stellenbosch and Cape Town. Of the recorded 221 graphic works, 28 specifically feature the Western Cape’s mountains and Cape Dutch architecture.

Since June 2017, the record price for a Pierneef painting has stood at R20,5 million. The price was fetched by the oil painting Tweeling pieke naby Jonkershoek, Stellenbosch (1928). The painting and the Tweeling pieke, Stellenbosch linocut have the same scene as their subject. It is interesting that, when a Pierneef linocut and painting are based on the same scene, the linocut tends to be more decorative. In this case though it is the other way round.

Zebra is one of three linocuts that were created for Andries Albertus Pienaar (Sangiro) — Afrikaans author and film producer. The linocut was done as an illustration for Sangiro’s first film, Klein Seebra. 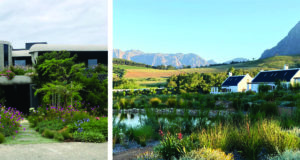 Siegfried Schäfer - 8th Jul 2021
The SA Landscapers Institute (SALI) annual awards were virtually announced at the end of June 2021. To simplify logistics there were two sessions; the...