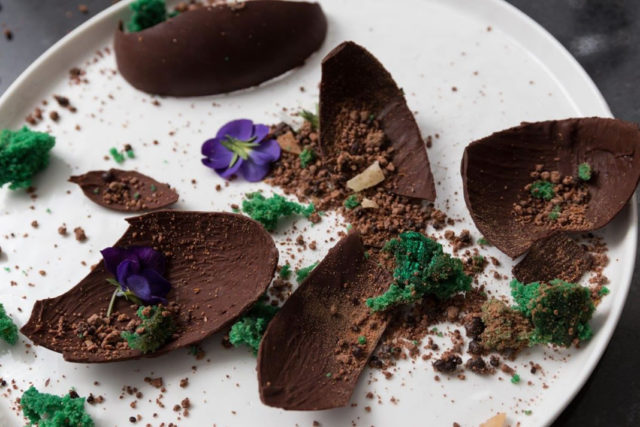 I have to say that I’m not used to having chefs throw food at me – especially at media lunches – yet that is pretty much what happened to me recently!  Happily it wasn’t done in anger and was all part of the spectacle at what was a most memorable lunch at the 1693 pop-up restaurant in the historic 1693 cellar at Bellingham Estate. 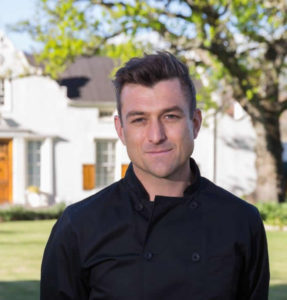 The chef doing the throwing, Guy Clark, is no stranger to Franschhoek – his parents Jack and Di having lived here for some time. Reality TV fans will recall that Guy was a finalist in the first season of MasterChef South Africa and a winner on Cutthroat Kitchen.  In between he spent time in India setting up the family kitchens for business tycoon Analjit Singh. He was also part of the team that organized the catering for Singh’s daughter’s wedding that was attended by 2500 people and featured a performance by Lionel Ritchie!  While in India he was also involved in setting up one of Delhi’s hippest restaurants, Uzuri (the word means ‘goodness’ in Swahili), which serves up ‘European food with a touch of Africa’. Since 2014 he’s been living and working in Miami. 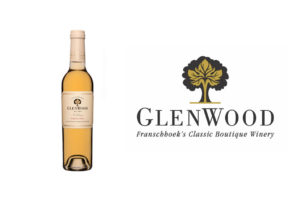 Back to the meal though… The meal’s theme was ‘Spring’ which, though it doesn’t sound particularly inspired, was interpreted in an unusually creative way. From table settings and décor to atmospheric soundtracks for each dish – think waves breaking and birdsong – everything contributed to the desired outcome.  Fortunately the weather had also played along and produced a gorgeous spring day outside with fruit trees in blossom, abundantly flowering azaleas and wisterias just beginning to turn blue in the Bellingham garden.

The six-course menu – paired with Bellingham wines – will be served throughout October, so I won’t give away too much of what to expect.  What I will say is that all the dishes (justifiably referred to as experiences on the menu) are expertly prepared by Guy and Sam Nolan (another MasterChef finalist) and beautifully presented on plates that resemble lotus leaves.  Amongst others, you may prepare yourself for experiences called ‘broken lake’ and ‘ancestral rock pool’. I’ll let you use your imaginations on those! ‘The hunt’, however, consisted of kudu, raspberry buchu blood, tempura sweet breads, sansa weiss jelly and burnt shallots. It was paired with Bellingham Homestead Pinotage and truly first class.

You’re probably still wondering about the food throwing though… That came with the final experience, ‘fall en spring’.  The menu describes it as: “64% valrhona sphere. torn emerald cake. orange chocolate soil. citrus shards. spring flowers. homestead lemon waterfall”  The experience unfolded like this:  Guests were each presented with an empty white plate.  Guy then emerged from the open kitchen with a tray of chocolate spheres.  At this point I was expecting him to serve us individually at the table.  To say that I was surprised when he proceeded to throw one of the spheres into the plate of the person sitting diagonally across from me is putting it mildly! As planned, the sphere cracked open and spilled its delectable contents onto the plate. (The result reminded me a bit of a Jackson Pollock painting.)  The second sphere was a bit more stubborn and needed three throws, but thereafter Guy really got into it and told us not to fuss about the bits that missed the plates!  Frankly, if it weren’t for social conventions I’d have hoovered the table to get to all the bits that flew off the plates, that’s how good it was! The wine pairing, which I also won’t share, was unexpected and worked beautifully.

The cost is R650 per guest with the wine pairing, or R520 per guest with unique cold tea pairings. Seating is limited to 14 guests, so reservations are required along with a R300 non-refundable deposit (part of the final cost). 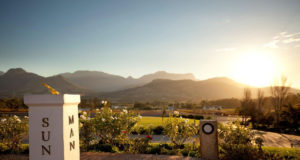 Siegfried Schäfer - 25th Oct 2016
With the bright days of spring here, Haute Cabrière has recently released the 2016 vintage of its much-loved Chardonnay Pinot Noir blend and its...