The SA Landscapers Institute (SALI) annual awards were virtually announced at the end of June 2021. To simplify logistics there were two sessions; the medal announcements and the National Trophy and Shield Awards announcements. Two landscaping businesses with local connections, GvH Landscapes and DDS Landscaping Projects, were among the winners.

GvH Landscapes, owned by Richard von Hoesslin and his son Graham, operates throughout the Western Cape, although most of their projects are in the Garden Route area. (Most locals probably know Richard better as the former owner of La Fontaine Guest House, for his involvement in numerous community organisations, his passion for cricket development and his long association with the Groot Drakenstein Games Club.)

DDS Landscaping Projects was founded in Stellenbosch in 2010, by qualified landscaper and town planner Danie Steenkamp. They are now based at the Handelshuis in Simondium where they are busy creating a water-wise landscape.

GvH Landscapes have, over the past 15 years, won countless Gold and Silver Awards, as well as four National Trophies at the SALI Awards. This year they walked away with a Double Gold, a Gold, two Silver and a Bronze Medal at the first session. The Double Gold going to a residential project on the Robberg Beachfront in Plettenberg Bay for the Halamandaris family of Famous Foods fame.

These awards were capped by a National Trophy, received at the second session. The Mayford Trophy for the Best Use of Colour in the Landscape was also awarded for the Halamandaris family holiday home garden. The judges were effusive in their praise of the garden praising its vibrant mix of water-wise colours and greens and describing it as “a peaceful and delightful landscape.”

The night’s big prize, the Shield of Excellence, and Trophy for the Best Landscape Construction with In-house Design went to DDS for their work on the Fynbos Cottages and Gardens at Babylonstoren.

Steenkamp says the aims with the 3-hectare site were to make it look like the cottages have always been there amid the renosterveld and to create an environment that showcases the Western Cape’s beauty and diversity of the Cape Floral Kingdom. 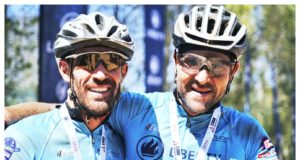