Mayor Van Deventer said, “After an extensive consultation process, I am confident that the Mayco announced today will deliver and get things done. The Mayco plays an important role in ensuring that we achieve our goals and deliver services to all residents. This team has several new and young faces with a few familiar names to provide continuity and institutional memory. In these exciting times in politics, we see more and more young people being elected to senior positions. My hope is that this will in turn, motivate the youth of Stellenbosch to get involved in their communities and play an important role in shaping their futures.  As an experienced third-term Mayor, it’s my privilege to bring young people on board.”

“The Mayco consists of councillors appointed by the Executive Mayor in terms of section 60(1) of the Municipal Structures Act. This team has been chosen for their combination of experience, new ideas, skills, and commitment to serving residents. The mix of experience with new Mayco members has led to a diverse skillset and many talents that will be to the benefit of all our communities,” the mayor continued.

All members of the Mayco will undergo lifestyle audits and will sign performance agreements.

The Mayco is as follows: 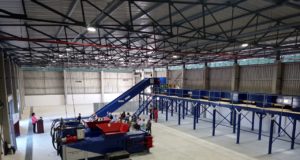