An innovative temporary shelter for refugees was on display at the Huguenot Museum during March. The shelter was the centrepiece of a travelling that opened at the museum on Human Rights Day, 21 March. Franschhoek was the exhibit’s last stop in SA, before it headed off to Canada on 28 March.

The Save Our Souls project by Achilleas Souras is a response to the current global refugee crisis that the world is facing. It proposes the re-use of a by-product of this crisis, the common life jacket, to provide low-cost temporary shelters to help refugees: Protection in Water – Shelter on Land.

In only a few months last year more than 450,000 discarded life jackets have accumulated on the Greek island of Lesbos, providing an abundance of building material for the project. For Achilleas, a 16-year-old student, it all started with his toys, particularly Lego. He soon outgrew the instruction sheets and would let his imagination run wild, building structures that would re-appropriate much of his parents’ house. The more he built, the taller the structures would get, challenging himself to keep the structures standing despite the artificial gales of wind and earth-quakes he would generate.

Fast forward to today and feeling troubled by witnessing the current global refugee crisis, Achilleas wanted to help in some way. Using his creative child-like wonder to respond to the situation he saw the life jackets as more than a throw away item. Instead he saw them as a building block much like Lego.

The exhibit was visited on its opening day by a group of children from the Franschhoek Valley Community Sports Centre. The children were given a guided tour of the museum before Dr A Roman addressed them about human and children’s rights. 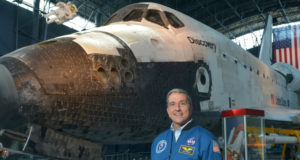