Train Camp is a sports development company whose mission it is to create access for athletes at all levels to the very best coaching, facilities and opportunities. Its first initiative was to partner with national swimming coach Graham Hill and Seagulls Swimming Club to develop more women and swimmers of colour in the elite levels of swimming. Now Train Camp has now partnered with Franschhoek High School to create a focal point for its initiatives in the Cape Winelands.

Train Camp launched the first phase of the partnership on 16 August with a sponsorship of the school’s rugby kit and tuition. Train Camp’s Jacqueline Yanko said “Train Camp is proud to be part of the first step in developing a culture of excellence and self-belief amongst the school’s players. In association with the Investec International Rugby Academy and apparel brand ‘15’, this programme will be a catalyst for a broader demographic to realise their sporting ambitions.”

Dick Muir and the Investec International Rugby Academy have been tasked with identifying talent and coaching the coaches at Franschhoek High School. In association with the Western Cape Department of Cultural Affairs & Sport, Train Camp and the academy hosted a free coaching clinic and skills assessment session at the school for Grade 10 and 11 players from throughout the Winelands on 29 August.

‘15’ is the fashion and lifestyle brand of Serge Blanco – France’s iconic former fullback and most prolific international try-scorer. Represented at the launch of the partnership by his son, Sebastién Blanco, the brand will be kitting out the coaches and players in French fashionwear – appropriate in the context of Franschhoek’s French history.

Franschhoek High School is one the country’s oldest schools and its buildings are a worthy choice for preservation. Train Camp’s Jacqueline Yanko continued, “The coach of the First XV, Keith Cyster, was once a star player in his own right, and we’re excited to be working with people who believe in the power of sport to bring about change. Rugby is the first phase in Train Camp’s partnership with the school, and we’ll be introducing high performance coaching in other codes in time – including Graham Hill’s swimming programmes.” Chairman of the School Governing Body, Denver Adonis, added, “Not only our school, but also the community can only benefit from this initiative – as a new challenge and for future goals in sports, together with education.”

Already one of South Africa’s most popular tourist spots, Franschhoek can look forward to becoming a destination for athletes at every level. 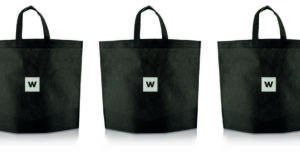