Former Springbok assistant coach Gary Gold recently joined Train Camp at Haute Cabrière as a guest of Franschhoek Tourism, where they toasted some new developments in a decade-long relationship. Train Camp said, “We asked Gary to consult on the strategy for our Rugby Programme at Franschhoek High School.  He was part of the team that beat Richie McCaw’s All Blacks twice in New Zealand and the British & Irish Lions, and he’s one of the great thinkers of the game.”

Head Coach of USA Rugby since 2018, Gary divides his time between the Cape and Colorado – and the Tatler sat down with him, over a glass or two, to talk about his vision for rugby in the valley.

So how did this partnership come about?

I’ve always wanted to get involved in the development of rugby and rugby players, and that starts at school level.  I’ve coached at provincial, club and national level for twenty years, and the time is right to use that experience to drive development.  When Dick Muir and I coached the Springboks under Peter de Villiers, Dick introduced me to the guys at Train Camp – so we go back over ten years. They showed me what they’re doing at Franschhoek High School, it was a great fit for my thinking on the evolution of the game – and we took it from there.

What changes are you bringing to the rugby played by FHS?

It’s more the introduction of strategic development for individual players, and systems that support that. The programme has the squads living in the hostel – so we can build strong teams from around 60 of the best young players, and develop them individually like you would at an academy.  Inevitably there’s a talent deficit in some positions, and that’s where we’ll identify and recruit players and offer bursaries.  We’ll look for local Winelands players from the community for the bursaries, because we want to keep building the game in this region.  And of course, we want to make the school a force in the game nationally.

How will it work with your national commitments in the USA?

I’m contracted with USA Rugby until the end of World Cup in 2023, so I will be consulting to Train Camp for now.  That’s said, I’m passionate about the strategy – and developing this level of rugby is a long-term commitment for me. We’ll also have a good team; small, but very focused.  A head coach, an athletic performance coach – and we’ve developed a very good talent identification and scouting network here in the Cape.  We’ve had a lot of interest in the head coach position, and I’m also here to discuss some of those names.  Train Camp already has the sports science expertise lined up.

We just had lunch with global swimming delegates and officials.  What does Train Camp have up its sleeve in terms of Rugby partnerships?

To start, they’ve brought in the Serge Blanco fashion brand to package the team and its kit.  Their team has collaborated with Toulouse, and recently announced Cheslin Kolbe as a global brand ambassador – so that’s an exciting relationship.  Serge Blanco’s son, Sébastien, works with Train Camp and has close ties with the French clubs, so maybe there’s an opportunity to bring overseas players here to play – rather than them scouting ours.

What makes this project special for you?

The fact that it’s at a school.  South Africa already has the best rugby schools system in the world, while some top test nations don’t even have a schools rugby culture.  That’s why many of our players are scouted straight out of matric, but it’s only a matter of time before they expand their own full-time programmes to this age group. South Africa needs to up its game at this level to stay competitive, and for us the head coach role is as much about mentorship as technical training.  He gives them structure and discipline, and they have to perform in class as well if they want to play.

Also, an academic institution gives the players options.  We can introduce coaching accreditation, sports science and sports management to the curriculum, and they and the other students can have a career in the future.  It’s good for the whole school. 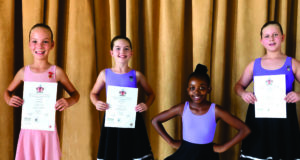